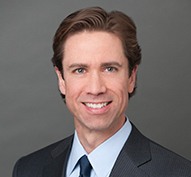 He has successfully defended a wide range of clients in high-profile matters involving some of the most noteworthy financial cases of the last twenty years.  For example, Mr. Joralemon represented Chevron Corporation in “the case of the century” as a key member of the Gibson Dunn trial team that successfully prosecuted a RICO action to block enforcement of a fraudulent US$9 billion judgment issued in Ecuador.

Most recently, Mr. Joralemon served as co-lead trial counsel for Investcorp, a world-leading manager of alternative investments, in a $500 million negligent misrepresentation lawsuit brought by a failed hedge fund.  Following a three-week bench trial in the U.S. District Court for the Southern District of New York, Mr. Joralemon and the Gibson Dunn team achieved a complete defense verdict in favor of Investcorp.

Mr. Joralemon also compiled a perfect record over eight years in defending leading global asset management firm Trust Company of the West (“TCW”) against a series of unrelated post-financial crisis lawsuits stemming from investment losses in multi-billion-dollar structured finance transactions. In the latest triumph, the New York Appellate Division (First Department)—in a virtually unprecedented ruling—granted TCW summary judgment against two now-defunct Australian hedge funds based on their failure to rebut TCW’s showing that the global financial crisis commencing in 2007 (—and not any conduct by TCW)—caused plaintiffs’ investment losses in the $400 million CDO at issue.

Mr. Joralemon also achieved a noteworthy win on behalf of leading beauty products manufacturer Coty Inc. by defeating a securities class action arising out of the company’s $1 billion IPO.  Despite the complaint’s inclusion of seven “confidential informants” supporting an allegation that Coty had failed disclose negative material trends in its business, the court rejected the claims as a “classic example of Monday morning-quarterbacking,” and granted Coty’s motion to dismiss with prejudice.

Early in his career, Mr. Joralemon orchestrated an important victory on behalf of a former mutual fund executive in a closely watched “market timing” enforcement action by the Securities and Exchange Commission.  Following an appeal by the SEC from an order dismissing the action, an en banc panel of the First Circuit Court of Appeals rejected the SEC’s efforts to expand the scope of Rule 10b-5 primary liability based on an actor’s “central role” in the securities markets.  The decision was widely lauded by the business and financial communities.

Throughout his career, Mr. Joralemon has remained committed to pro bono and charitable activities.  He recently chaired a hearing panel appointed by the Judicial Committee of USA Climbing to resolve two related disputes involving alleged violations of conduct codes governing the sport.  He also has led a team of attorneys representing a man wrongly convicted of murder almost twenty-five years ago, has supervised young attorneys handling criminal appeals on behalf of the District Attorney’s Offices for Kings and Queens Counties, has represented the Republic of Liberia in disputes involving diplomatic operations in New York, and has organized groups of lawyers to monitor polling locations in several states as part of non-partisan voter protection efforts during presidential elections.  Mr. Joralemon also has coordinated fundraising efforts through law firm participation in corporate sporting events on behalf of charitable organizations dedicated to preventing domestic abuse and providing a safe haven for victims of domestic violence.

The College of New Jersey - 1994 Bachelor of Arts