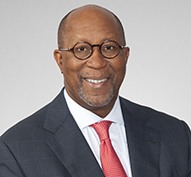 Ron Kirk is Senior Of Counsel in Gibson, Dunn & Crutcher’s Dallas and Washington, D.C. offices. He is Co-Chair of the International Trade Practice Group and a member of the Sports Law, Public Policy, Crisis Management and Private Equity Practice Groups.

Ambassador Kirk focuses on providing strategic advice to companies with global interests. Prior to joining the firm in April 2013, Ambassador Kirk served as the 16th  United States Trade Representative (USTR) and was a member of President Obama’s Cabinet, serving as the President’s principal trade advisor, negotiator and spokesperson on trade issues.

Ambassador Kirk was nominated to be United States Trade Representative by President Barack Obama and was confirmed by the United States Senate in 2009. The office of USTR is responsible for the development and oversight of U.S. trade policy, including strategy, negotiation, implementation and enforcement of multilateral, regional/bilateral and sector-specific trade agreements. Ambassador Kirk successfully negotiated the conclusion and Congressional passage of trade agreements with Colombia, Panama and Korea, and Russian’s entry in the World Trade Organization. He was also responsible for U.S. trade policy involving agriculture; industry; services and investment; intellectual property; environment; labor; development and preference programs.

Ambassador Kirk draws upon more than 30 years of diverse legislative and economic experience on local, state and federal levels. As the first African American Mayor of Dallas from 1995 – 2001, he earned a reputation for bringing together diverse coalitions to get things done. During his tenure as Mayor, Ambassador Kirk expanded Dallas’ reach to the world through a range of trade programs, including numerous trade missions. He also passed seven budgets that focused on the critical needs of the city while maintaining and even lowering taxes. His economic development efforts helped secure more than 45,000 jobs and investment of more than $3.5 billion in Dallas. To protect citizens he increased the public safety budget by $128 million, and while he was Mayor, Dallas saw its lowest crime rate in 20 years. Previously, Governor Ann Richards appointed him as Texas Secretary of State, he served as a legislative aide to U.S. Senator Lloyd Bentsen and he was named as chair of Texas’ General Service Commission. Ambassador Kirk also served as a City of Dallas assistant city attorney.

Prior to joining USTR, Ambassador Kirk was a partner at Vinson & Elkins LLP, where his principal area of practice was public finance and public policy.

In 2014, Ambassador Kirk was named one of the “28 Men of Change” by BET Networks and ICON MANN in a special initiative for Black History Month featuring “inspirational figures” from multiple countries and a wide array of industries.  The initiative shared “the journeys of 28 contemporary trailblazers whose formula for success includes empowering others, and who credit their personal and professional advancement to their continued investment in philanthropy.”  He has been actively involved in the community and has been recognized by a number of state and national organizations.  He is currently serving as a Trustee for Austin College and the University of Texas Law School Foundation as well as the Advisory Commission for the Center for American Progress. More recently, Ron was named as a member to the 2021 class for The American Academy of Arts & Sciences.

Ambassador Kirk was featured in Law360 as part of its Minority Powerbrokers Q&A series in 2014.  He has been named one of “The 50 Most Influential Minority Lawyers in America” by The National Law Journal and one of the nation’s top government relations lawyers by The Best Lawyers in America.  He was named the 2019 Dallas Sports Lawyer of the Year by Best Lawyers and has consistently been recognized by the publication since 2007.  He is the recipient of the University of Texas Distinguished Alumni Award, Woodrow Wilson Center for Public Policy’s Outstanding Public Service Award, the Young Texas Exes Award, and the Austin College Distinguished Alumni Award.  Ambassador Kirk also received an Honorary Doctor of Humane Degree from Austin College and the Mickey Leland Leadership Award from Texas Southern University.

Ambassador Kirk was born and raised in Austin, Texas, where he received his Bachelor of Arts degree in political science and sociology from Austin College in Sherman, Texas. He received his law degree from the University of Texas School of Law in 1979. He is married to Matrice Ellis-Kirk, and they have two daughters, Elizabeth Alexandra and Catherine Victoria.

Ambassador Kirk is admitted to practice in Texas and the District of Columbia Bar.