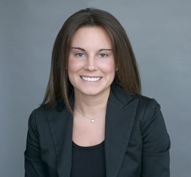 Gabrielle Levin is a litigation partner in the New York office of Gibson, Dunn & Crutcher.  Her practice focuses on representing corporate clients in employment and complex commercial litigation matters.

Ms. Levin is recognized as a leader in the field of labor and employment.  Benchmark Litigation recognizes her as a “Labor & Employment Star” and has also named her to its “Under 40 Hot List,” which honors the achievements of the nation’s most accomplished legal partners of the age of forty or younger.  In addition, Ms. Levin has been named as a “Next Generation” lawyer by The Legal 500 US and a Law360 “Rising Star.”

Ms. Levin’s practice includes the defense of employers in Sarbanes-Oxley and other whistleblower protection litigation, discrimination and retaliation claims, executive compensation disputes, restrictive covenant and trade secret litigation, and wage and hour class actions. She has first-chaired jury trials in federal court and led the defense of employers in arbitrations.

Ms. Levin is admitted to practice in the United States District Court for the Southern and Eastern Districts of New York, the Second Circuit Court of Appeals, and the States of New York and Connecticut.  She serves on the board of directors of The HOPE Program, a non-profit focused on empowering New Yorkers to overcome poverty though skills training, jobs, and career advancement.