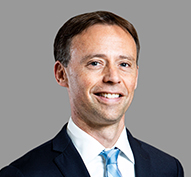 Joshua S. Lipshutz serves as Partner & Chief Operating Officer of Gibson, Dunn & Crutcher.  He practices in the Firm’s Litigation Department, and the Appellate and Constitutional Law, Privacy and Cybersecurity, and Class Actions Practice Groups.  Mr. Lipshutz is a member of the Firm’s Executive and Management Committees.

Mr. Lipshutz’s cases before the U.S. Supreme Court include the following:

Prior to attending law school, Mr. Lipshutz received his undergraduate degrees, summa cum laude, in finance and systems engineering, from The Wharton School of the University of Pennsylvania.  He graduated Order of the Coif from Stanford Law School, where he was Senior Articles Editor of the Stanford Law Review.  Mr. Lipshutz served as a judicial clerk to the Honorable Antonin Scalia of the Supreme Court of the United States and the Honorable Alex Kozinski of the United States Court of Appeals for the Ninth Circuit.  Before practicing law, Mr. Lipshutz worked as a principal investment professional at Silver Lake Partners and as an investment banking associate at Goldman, Sachs & Co.

Mr. Lipshutz is admitted to practice law in the State of California, the District of Columbia, and the Commonwealth of Massachusetts.

University of Pennsylvania - 1999 Bachelor of Science