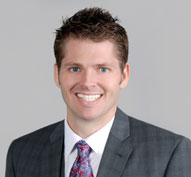 Zachariah J. Lloyd is an associate in Gibson, Dunn & Crutcher’s San Francisco office.  He is a member of the firm’s White Collar Defense and Investigations, Litigation, Latin America, and Transnational Litigation and Practice Groups.

Mr. Lloyd represents multinational corporations as well as individuals in internal investigations and enforcement actions before government agencies.  In addition, Mr. Lloyd regularly advises corporations on the design, implementation, and ongoing assessment of compliance programs, with a particular emphasis on compliance with the U.S. Foreign Corrupt Practices Act (“FCPA”) and other anti-corruption laws.  He has conducted fieldwork throughout North and South America, Europe and Africa, and regularly conducts international investigations, due diligence, and compliance-program evaluations.  Mr. Lloyd is fluent in Spanish and regularly uses Spanish in professional contexts on behalf of his clients.

Mr. Lloyd also devotes a significant portion of his practice to high-stakes, complex commercial litigation with an emphasis on multi-jurisdictional, transnational disputes.  He represents clients in the energy, technology, ecommerce and pharmaceutical sectors in a broad range of commercial litigation and disputes—including foreign judgment recognition and enforcement, securities and corporate-governance, antitrust and unfair competition, intellectual property and inventorship rights, RICO, and traditional contract-related claims.  Mr. Lloyd is experienced in all phases of litigation—from motion practice and e-Discovery to trials and appeals—in state and federal courts across the country, and he has conducted multi-jurisdictional litigation throughout Europe and Latin America.

Mr. Lloyd is also significantly involved in his community.  He sits on the Board of Directors of the Orange County Chapter of the J. Reuben Clark Law Society and is an active member of the Board’s service/pro bono and student/new lawyers committees.  He also dedicates significant time to pro bono matters.  This year, for example, he led a Gibson Dunn team that successfully represented a pro bono client seeking a civil harassment restraining order against an individual with a history of sex crimes.  He also successfully represented a young man from Southwestern Mexico who came to the United States seeking asylum after he and his family were driven from their community by violent drug gangs because of their religious beliefs.

Mr. Lloyd graduated with High Honors from the S.J. Quinney College of Law at the University of Utah in 2008 and was elected to the Order of the Coif.  He served as a Senior Member of the Utah Law Review, received the S.J. and Jesse E. Quinney Foundation Scholarship, and was designated a William H. Leary Scholar.  Mr. Lloyd also served as a judicial extern to the Honorable Christine M. Durham, Chief Justice of the Utah Supreme Court, and his article, Waging War with Wal-Mart: A Cry for Change Threatens the Future of Industrial Loan Corporations, 14 Fordham J. Corp. & Fin. L. 211 (2008), was also selected for publication in the Fordham Journal of Corporate & Financial Law.  In 2004, Mr. Lloyd received a Bachelor of Arts degree in English Theory from the University of Utah.  Prior to joining Gibson, Dunn & Crutcher LLP, Mr. Lloyd was an associate with the law firm Perkins Coie LLP.

University of Utah - 2004 Bachelor of Arts