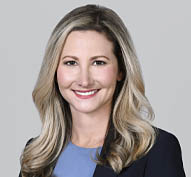 Jillian London is an associate in the Los Angeles office of Gibson, Dunn & Crutcher. She practices in the firm’s Litigation, Media, Entertainment & Technology, Class Actions, and Appellate and Constitutional Law Practice Groups. She is a member of the firm’s Pro Bono Committee.

Ms. London has represented clients in complex commercial litigation in both the trial courts and on appeal. She has extensive experience litigating all stages of commercial disputes in the technology and entertainment sectors, including in the areas of breach of contract, class actions, intellectual property, and employment.

Ms. London serves on the Board of Directors of KEEN Los Angeles.  She also maintains an active pro bono practice and has significant experience representing individuals and organizations with immigration, First Amendment, and other constitutional law related issues.