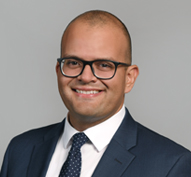 Mr. Loza has played a major role in several noteworthy business and commercial matters involving important transnational litigation issues.  He has extensive experience handling issues that surround the conduct of foreign and U.S.-based litigation as part of a comprehensive global litigation defense strategy for the client.  These issues include, among other things, securing positive results in multiple jurisdictions simultaneously, and also guiding and managing transnational matters to avoid vexatious litigation, inconsistent rulings, and waiver of defenses in subsequent jurisdictions.  Additionally, Mr. Loza has litigated several cases dealing with the recognition and enforcement of foreign country judgments, with a particular focus on developing legal strategies to prevent the recognition of suspect foreign judgments in U.S. courts.

Mr. Loza is fluent in Spanish and works extensively with foreign attorneys throughout Latin America and Europe, advising clients on the many multifaceted issues that characterize cross-border litigation and investigations and formulating comprehensive strategy plans to manage and guide the cross-border matters to a successful resolution for the client.  He is adept at selecting and working with foreign legal experts from varied backgrounds to assist clients in addressing difficult transnational issues and to prepare and present expert testimony before U.S. courts and international tribunals.  Additionally, Mr. Loza advises clients on media strategies that are key components of a well-developed transnational litigation plan.

Mr. Loza is a proud first-generation college graduate and first-generation professional.  He is deeply committed to the Firm’s diversity and mentoring efforts, pro bono work, and community service.  He is actively involved in the firm’s local and national recruiting and diversity efforts, and serves on the Firm’s LA office Diversity Committee.  He also devotes time to the Firm’s mentoring efforts and co-leads the LA office affinity groups for Hispanic/Latinx and First-Generation attorneys.  Mr. Loza is actively engaged in the Firm’s pro bono matters, focusing particularly on immigration and social justice matters.  In 2012, Mr. Loza received the Firm’s annual award for successfully litigating the Firm’s Most Challenging Pro Bono Matter, in connection with his work on Norwood v. Bourland, a civil rights appeal.

Mr. Loza earned his law degree in 2008 from Cornell Law School, where he served as a Managing Editor of the Cornell International Law Journal, and as a student contributor to the Supreme Court Bulletin of the Cornell Legal Information Institute.  During law school, he was selected to serve as an Honors Teaching Fellow for the Cornell Lawyering Program and received the law school’s Kasowitz Prize for Excellence in Legal Writing and Oral Advocacy.  Mr. Loza served as the Academic Chair for the Latino Law Students Association at Cornell Law School.  He earned a Bachelor of Arts degree in 2005 from Stanford University, with a double major in History and Political Science.

Mr. Loza is a member of the California bar and is admitted to appear before the United States District Courts for the Central and Northern Districts of California, the Ninth Circuit Court of Appeals, and all California state courts.

Article - August 31, 2022 | United States: Enforcement of Judgments in Civil and Commercial Matters
Article - October 31, 2018 | Getting the Deal Through: Enforcement of Foreign Judgments
Client Alert - March 22, 2018 | Delaware Supreme Court Holds That Forum Non Conveniens Dismissals Do Not Require An Alternative Available Forum
Client Alert - November 21, 2014 | Enforcement of Foreign Judgments in 29 Jurisdictions Worldwide – US
Top
This website uses cookies to provide analytics on user traffic. By continuing to browse our website, you consent to our use of cookies as set forth in our Cookie Policy. However you may visit Cookie Settings to customize your consent.
Cookie SettingsACCEPT
Privacy & Cookies Policy