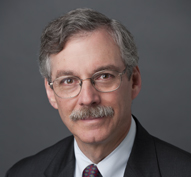 Mr. Mark has represented businesses and individuals in product liability, tort, contract, patent law, ERISA, employment law, constitutional, and commercial disputes, and in government civil and criminal investigations. Mr. Mark has tried more than a dozen jury and non-jury cases, and has argued more than 30 appeals in state and federal courts, including the United States Courts of Appeal for the Second, Third, Fifth and Federal Circuits; the Illinois Appellate Court; the New York State Court of Appeals; the New York State Appellate Division; the Oregon Court of Appeals; the Pennsylvania Superior Court; and the Wisconsin Supreme Court.

Mr. Mark is ranked nationally as a leading lawyer for Mass Tort Litigation and Class Actions in Best Lawyers in America®. The United States Court of Appeals for the Second Circuit appointed Mr. Mark to its pro bono panel of appellate advocates and has designated him as counsel for indigent appellants.

Mr. Mark has served as the Election Supervisor for the nationwide, multi-stage process of electing the officers of the 1.3-million member International Brotherhood of Teamsters.  The United States District Court for the Southern District of New York appointed Mr. Mark to that position in 2005, under a court order entered to root out corruption in the union. The Court reappointed him to supervise the elections in 2011 and 2016. As Election Supervisor, Mr. Mark has issued more than 1,000 decisions interpreting and enforcing the Election Rules, including decisions on matters of campaign finance issues and integrity of the voting process.

Mr. Mark was an Assistant United States Attorney in the Southern District of New York from 1984 through 1994, holding the position of Chief of the Civil Division for his final three years in the office.  During the following three years, he was First Deputy Commissioner of the New York City Department of Investigation (DOI). The DOI investigates and refers for prosecution elected officials, City employees, and City contractors engaged in corrupt or fraudulent activities, or unethical conduct.

Immediately before joining Gibson Dunn, Mr. Mark was a partner at Orrick, Herrington & Sutcliffe LLP, where he was the firm’s Litigation Practice Group leader.

Mr. Mark is admitted to practice in New York.

* Representations occurred prior to attorney’s affiliation with Gibson Dunn.