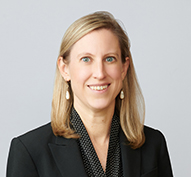 Kate Meeks is of counsel in the Washington D.C. office of Gibson, Dunn & Crutcher. She practices in the firm’s Litigation Department and Appellate and Constitutional Law and Administrative Law practice groups.

Ms. Meeks has litigated appeals in state and federal courts involving complex constitutional and statutory questions, including under the First Amendment, the Twenty-first Amendment, the Takings Clause, the Due Process Clause, the Excessive Fines Clause, the Copyright Act, the Lanham Act, the Federal Arbitration Act, and the Immigration and Nationality Act. Ms. Meeks also has significant experience representing journalists and media companies in libel and other speech-based tort cases, from discovery through dispositive motions, trial, and appeal. She has presented oral argument in the U.S. Courts of Appeals for the Ninth and Eleventh Circuits and in federal district courts.

Ms. Meeks clerked for Justice Anthony M. Kennedy of the U.S. Supreme Court and then-Chief Judge Alex Kozinski of the U.S. Court of Appeals for the Ninth Circuit. Before joining Gibson Dunn, she was an associate at Williams & Connolly LLP.

Ms. Meeks is admitted to practice law in Virginia and the District of Columbia.  She is a barrister in the Edward Coke Appellate Inn of Court.