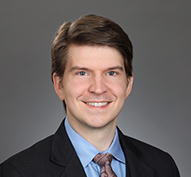 Jay Minga is a senior associate in the Palo Alto office of Gibson, Dunn & Crutcher, where he is a member of the Litigation Department and the firm’s Privacy, Cybersecurity & Data Innovation Practice Group.  Mr. Minga’s practice focuses on privacy and cybersecurity counseling and regulatory advising, and technology litigation.  The subject matters of his work encompass antitrust, intellectual property and media, investor-state, lending, securities, restructuring and other disputes in and out of federal courts, and domestic and international arbitrations, and internal investigations.

Mr. Minga is a certified information privacy professional (CIPP/US) and counsels with respect to data innovation regulatory issues, internal and regulatory investigations, and litigation risk.  As a seasoned litigator, Mr. Minga has significant experience at all phases of litigation, from nascency, to pleadings, dispositive motions, discovery, and trial (in-person and virtual), as well as appeals before multiple federal appellate courts.

Mr. Minga’s dedication to pro bono practice covers a variety of human rights issues, from asylum, refugee, and habeas matters, to First Amendment, anti-racial and anti-religious discrimination Section 1985 civil rights litigation, to United States and foreign Supreme Court amicus briefs, including in the landmark United States Supreme Court case Obergefell v. Hodgeson on behalf of several renowned organizations.  His pro bono practice has garnered numerous recognitions, including the International Pro Bono Excellence Award from the Cyrus R. Vance Center for International Justice in connection an amicus before the Supreme Court of Chile on international law and the human right to a healthy environment.

Mr. Minga currently serves as a Board Member and Treasurer of the Din & Tonics Alumni Foundation, a 501(c)(3) nonprofit, and previously served as the Associate Editor for the ABA Section of Litigation Ethics & Professionalism Committee, to whose publications he has contributed, and coached high school mock trial through the New York City’s Justice Resource Center.

Mr. Minga earned his J.D. from Stanford Law School in 2013, where he earned Gerald Gunther Class Prizes in Administrative Law and Tort Law, served as a Notes Committee Member on the Stanford Law Review, Associate Editor on the Stanford Journal of Law, Business, and Finance, Teaching Assistant to Professor Robert Daines for the Law of Corporations, Curriculum Director for the Afghanistan Legal Education Project on the Stanford International Human Rights Clinic factfinding team in successful Torture Victim Protection Act litigation against the former Bolivian president and his foreign minister for the events of Black October, and a team member for a microfinance startup in Nairobi, Kenya under the auspices of the Stanford Law School and Stanford d.school course Designing Liberation Technologies.

Prior to beginning private practice, Mr. Minga served as a law clerk to the Honorable Jerome A. Holmes on the United States Court of Appeals for the Tenth Circuit.

Before joining Gibson Dunn’s Palo Alto office, Mr. Minga was Litigation Counsel at the New York office of Weil, Gotshal & Manges LLP, where he practiced in the Complex Commercial Litigation group from 2014 to 2022, and where he also served as the chair of Weil’s Green Committee and as a member of Weil’s eDiscovery Task Force.