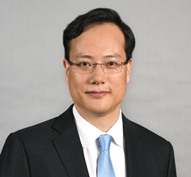 Julian W. Poon is a partner in the Los Angeles office of Gibson Dunn, and co-chair of the firm’s nationwide Appellate and Constitutional Law practice group.

He is a seasoned appellate and trial-court advocate who appears regularly before federal and state appellate courts in California, including the Ninth Circuit, the California Supreme Court, and the California Court of Appeal, as well as other state and federal appellate and trial courts around the nation.  Mr. Poon is a member of the California Academy of Appellate Lawyers, which consists of approximately 100 members.  Since 2012, Mr. Poon has been repeatedly re-appointed by the Chief Justice of California to serve on the Judicial Council’s Advisory Committee on Civil Jury Instructions.  Chambers, a publication that identifies and ranks the most outstanding lawyers, has ranked Mr. Poon over the past several years for Appellate – Litigation, describing him as “an incredibly smart lawyer” with “a commanding level of knowledge and experience in the California Court of Appeal,” a “highly analytical,” “extremely professional, [and] highly intelligent appellate practitioner” who “provides great guidance and sound advice as well as insight strategy on how to best position our case.”  He has also been recognized by BTI Client Service All-Stars as one of a select nationwide group of “attorneys delivering the best client service,” winning praise for his “creativity” and “great” “communication” in “offer[ing] alternative view points.” Benchmark Litigation has also recognized him as a “Litigation Star” for the past several years.

Mr. Poon has also been recognized in the Los Angeles Daily Journal’s annual Top Verdicts feature for winning Top Appellate Reversals in 2021, 2018, 2016, and 2014, for his accomplishments including persuading the Ninth Circuit to order entry of judgment against the plaintiff class on their nine-figure, wage-hour class action claims; securing the complete vacatur from the Ninth Circuit of a class action judgment and the decertification of a statewide class in a putative class action involving claims of fraud and unfair competition, after obtaining a 95% reduction from the Central District of California of a nearly half-a-billion-dollar verdict; securing the complete reversal by the California Court of Appeal of an eight-figure summary judgment and attorneys’ fee award, in a cross-border Hong Kong-U.S. dispute; obtaining a unanimous affirmance from the California Supreme Court on behalf of a major law firm in a malicious prosecution case; and persuading the Los Angeles Superior Court, on post-trial motions, to vacate a record-breaking verdict in excess of $178 million in a wrongful death action.

Other matters Mr. Poon has handled include:

Prior to joining the firm, Mr. Poon served as a law clerk to Justice Antonin Scalia of the Supreme Court of the United States, and to Judge J. Michael Luttig, formerly of the U.S. Court of Appeals for the Fourth Circuit.  Before that, Mr. Poon graduated summa cum laude from Harvard Law School in 1999, receiving the Fay Diploma for placing first in his class.  He served as a Note Editor of the Harvard Law Review, and was awarded the Sears Prize during each of his first and second years of study for placing at the top of his class.  Mr. Poon also graduated with distinction and with honors, in Economics and in Public Policy, from Stanford University in 1996, where he was elected to Phi Beta Kappa.

In addition to his earlier recognitions, Chambers has also recognized him as a Leading Lawyer in Labor & Employment, and he has also been recognized as a star by Law360 and US Legal 500, and by the Daily Journal in 2008, as one of the “Top 20 Under 40” lawyers in California, as well as by the National Asian Pacific American Bar Association in 2011 as one of the “Best Lawyers Under 40” nationwide. He has consistently been named a “Southern California Super Lawyer” from 2014-2023, by Law and Politics and Los Angeles magazines.