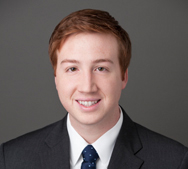 Seth M. Rokosky is Of Counsel in the New York office of Gibson, Dunn & Crutcher.  He is a member of the firm’s Litigation Department and focuses his practice in the Appellate and Constitutional Law group.

Mr. Rokosky rejoined Gibson Dunn after serving in the New York Attorney General’s Office. As an Assistant Solicitor General in the Bureau of Appeals and Opinions, his public service included representing the State and its agencies as principal attorney on 43 appellate matters. He previously began his career as a litigation associate in Gibson Dunn’s New York office.

Throughout his public and private practice, Mr. Rokosky has had extensive appellate experience. He has conducted more than 20 oral arguments and filed more than 70 appellate briefs in both state and federal court, including the U.S. Supreme Court, the U.S. Courts of Appeals, and New York appellate courts. His experience includes affirmative and defensive appeals, emergency motions, stay applications, and amicus briefs, and it covers a wide range of subject matters such as commercial litigation, securities litigation, antitrust, civil RICO, intellectual property, C.P.L.R. article 78,  civil and criminal procedure, administrative procedure, class actions, and constitutional law.

In the trial court, Mr. Rokosky has maintained a robust litigation practice, with a particular focus on complex briefing and providing strategic advice to trial counsel. He has been consulted for input on all aspects of a case from complaint to final judgment. He has drafted pleadings, served discovery documents, briefed dispositive and Daubert motions, prepared pre- and post-trial submissions, and negotiated settlement.

Most recently, Mr. Rokosky was recognized by The Best Lawyers in America© as “Ones to Watch” for 2023 (Appellate Practice).

Mr. Rokosky has received numerous awards for his pro bono service. Between 2013 and 2015, he received three outstanding service awards from the Legal Aid Society for work on behalf of a class of disabled New Yorkers challenging a disaster food stamp program in the wake of Hurricane Sandy. The National Association of Criminal Defense Lawyers and New York State Bar Association have also recognized his pro bono work at the firm.

Outside of his legal practice, Mr. Rokosky is an accomplished competitive chess player.  He is certified a “National Master” by the United States Chess Federation, with accomplishments including a national championship and numerous state championships.

Mr. Rokosky is admitted to practice law in the State of New York, the Southern District of New York, and the U.S. Courts of Appeals for the Second and Third Circuits.