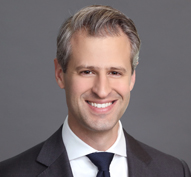 Joseph R. Rose is an associate in the San Francisco office of Gibson, Dunn & Crutcher.  He practices in the firm’s Litigation Department, focusing on high-stakes litigation, counseling, and investigations, with particular emphasis on class actions, employment, and commercial disputes. He has successfully litigated and tried claims ranging from breach of contract, fraud, theft of trade secrets, computer hacking, and other business torts to labor-and-employment class actions.

Mr. Rose received his J.D. from the University of California, Berkeley School of Law in 2011, where he was Production Editor of the Berkeley Technology Law Journal, co-director of Berkeley Law’s McBaine Moot Court Competition, and a member of the Board of Advocates (moot court).  Prior to law school, Mr. Rose worked as a Paralegal Specialist at the U.S. Department of Justice, Antitrust Division, assisting in grand jury investigations, civil merger reviews, and managing and presenting exhibits at trial.  He earned his B.A. in Law, Letters and Society, with special honors, from the University of Chicago in 2005.

Mr. Rose is a member of the California state bar and is admitted to practice in a number of federal district courts, as well as the U.S. Court of Appeals for the Ninth Circuit.

University of Chicago - 2005 Bachelor of Arts