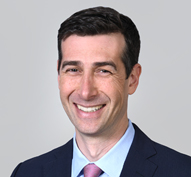 Ben Ross is a partner in the Los Angeles office of Gibson, Dunn & Crutcher and Co-Chair of the firm’s Media, Entertainment & Technology Practice Group.  He advises companies, private equity and venture capital firms, and high net-worth individuals in mergers and acquisitions, equity investments, joint ventures, restructuring transactions and general commercial agreements.  Ben works with clients in a broad array of industries, and has extensive experience working with media, entertainment and technology companies.

Recognized for regularly handling corporate transactions in the technology, media and entertainment industry, Ben was recently named to Lawdragon’s guide for the top 500 Leading Dealmakers in 2021.  He was also named as an Up and Coming lawyer by Chambers USA, a publication that ranks top lawyers and law firms across the US.   Since 2013, Ben has been named one of Southern California’s “Rising Stars” or a “Super Lawyer” by Los Angeles Magazine and Southern California Super Lawyers – Rising Stars Edition.  On multiple occasions, Variety has named Ben on its Legal Impact Report and on its Dealmakers Impact Report, which profiles the entertainment industry’s top attorneys, executives, managers, and financiers.  Ben has also been named on The Hollywood Reporter’s Power Lawyers list, which features 100 of the most influential entertainment attorneys in the industry.  Ben has also been ranked as a “Next Generation Lawyer” by Legal 500 for Media and Entertainment.