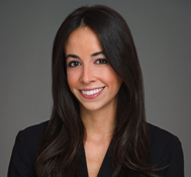 Liesel Schapira is a litigation associate in the New York office of Gibson, Dunn & Crutcher.

Ms. Schapira’s practice focuses on high-stakes white collar defense and investigations and complex commercial litigation across all industries.  Highlights include obtaining a rare pretrial dismissal of a federal indictment alleging that the founder of a pharmaceutical company tipped friends and family in advance of a $3.5 billion tender offer, and obtaining a complete victory as part of a trial team representing AMC Networks in a two-week breach of contract and profit participation bench trial concerning the television series The Walking Dead.

Ms. Schapira is admitted to practice in the State of New York.