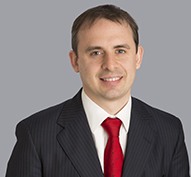 David A. Schnitzer is of counsel in the Washington, D.C. office of Gibson, Dunn & Crutcher.  He practices in the firm’s Litigation Department, where he focuses on high-stakes administrative law matters and other complex litigation.

Mr. Schnitzer has been named a Super Lawyers Rising Star five times (2018-present), recognized by Best Lawyers as One To Watch for three straight years (2021-2023), and listed as a Rising Star in transportation by both Legal 500 (2019) and Law360 (2018).  He also served on Law360‘s Transportation Editorial Advisory Board, and is a recipient of the Burton Distinguished Legal Writing Award.

He represents clients before federal and state courts at the appellate and trial levels, as well as before a wide range of administrative agencies.  In addition to agency rulemaking and enforcement matters, Mr. Schnitzer is experienced in high-stakes general civil litigation, particularly those involving complex procedural and jurisdictional issues.  He is an experienced brief writer, and has argued before two federal courts of appeals and in several state courts.

Prior to his legal career, Mr. Schnitzer worked in government and politics, including positions at the Department of Defense, for two United States Senators, and on two presidential campaigns.