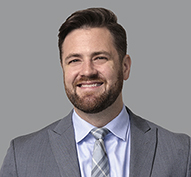 Matthew Sessions is an associate in the Orange County office of Gibson, Dunn & Crutcher.  His practice focuses on commercial litigation, white collar defense and investigations, and labor & employment matters.

In 2016 and 2017, Mr. Sessions served as a judicial clerk for the Hon. Carol Bagley Amon of the United States District Court for the Eastern District of New York.

Mr. Sessions is fluent in Spanish and uses it frequently in his work.

Mr. Sessions is admitted to practice law in the state of California.

University of Utah - 2012 Bachelor of Arts