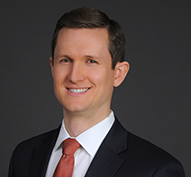 Land Use and Development Projects and Infrastructure Real Estate

Joseph Spence is an associate in the San Francisco office of Gibson, Dunn & Crutcher.  He practices in the firm’s Real Estate Department.

Mr. Spence received his J.D. from the University of California, Berkeley School of Law in 2017.  While in law school, Mr. Spence served as Senior Articles Editor of the Berkeley Business Law Journal and Senior Editor of The Network, the journal’s online publication.  Mr. Spence received a B.S. from the United States Naval Academy, Annapolis in 2007, and served as an officer in the U.S. Navy prior to law school.

Mr. Spence is admitted to practice law in the State of California.