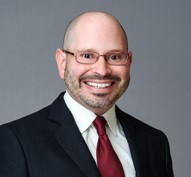 Alon H. Sugarman is an associate in the New York office of Gibson Dunn, where he serves as a member of the firm’s Litigation Department.  His practice is focused on representing public companies, broker-dealers, and hedge funds in investigations conducted by the Securities and Exchange Commission (SEC), Department of Justice (DOJ), and Financial Industry Regulatory Authority (FINRA).

Prior to joining the Litigation Department, Mr. Sugarman was an associate in the Corporate Department at Gibson Dunn.  In that role, he regularly advised public companies in connection with securities compliance matters, as well as corporate governance and capital raising transactions.  In under a year, Mr. Sugarman participated in nearly $30 billion of capital markets transactions.  He also worked extensively with public companies regarding their disclosure obligations under the Securities Exchange Act of 1934.  Prior to attending law school Mr. Sugarman worked in marketing and client development at an international law firm.

From the beginning of his path to law school, Mr. Sugarman knew he wanted to work on issues of securities law.  In law school, he was an SEC honors program intern with the Enforcement Division of the Atlanta Regional Office.  Mr. Sugarman was also a research assistant at Vanderbilt University Law School to Professor Amanda Rose, a Gibson Dunn alumna.  In that role, he conducted research in response to SEC guidance and potential rulemaking related to the naming of ESG investment funds. While he was the Senior Symposium Editor of the Vanderbilt Journal of Entertainment and Technology Law, he published his note entitled Grown from the Shadows: How Technology and Taxes Can Bring Private Companies into the Public Light.  In this Note, Mr. Sugarman painstakingly researched the electronic platforms that developed in the last decade to facilitate the trading of unregistered securities.  He argues for how tax policy can be used to harness the power of these platforms to encourage initial public offerings and the opportunities publicly traded securities provide to retail investors.  This note built upon Mr. Sugarman’s focus on economic history while attending University of California, Berkeley, and his senior thesis on the history of tax avoidance in Silicon Valley.

When Mr. Sugarman is not working he enjoys cooking for his friends and family, fishing and exploring the great outdoors, and hand restoring antique woodworking.

Mr. Sugarman received his Doctor of Jurisprudence, in 2021, from Vanderbilt University Law School. During law school, Mr. Sugarman was on the Dean’s List and was the Senior Symposium Editor of the Vanderbilt Journal of Entertainment and Technology Law.  Mr. Sugarman graduated from the University of California, Berkeley in 2016, where he received his Bachelors of Arts degree in history (with an emphasis in economic history) with high distinction and high honors, and a minor in public policy.  While at Berkeley, Mr. Sugarman studied abroad at the University of Cambridge, Pembroke College where he undertook course work in history and began drafting his senior thesis under the supervision of Cambridge faculty.