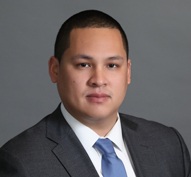 Duncan Taylor is a senior associate in the San Francisco office of Gibson, Dunn & Crutcher where he practices in the firm’s Litigation Department.  He is also member of the firm’s White Collar Defense and Investigations practice group.  Mr. Taylor represents companies in a wide variety of matters including government investigations, business-related disputes, high-stakes litigation, unfair competition, and trade secret theft.

Mr. Taylor received his J.D., with pro bono distinction, from Stanford Law School in 2014, where he was a member of the Criminal Defense Clinic and was actively involved in the Stanford Law Association.  While in law school, Mr. Taylor also served as the co-president of the law school’s Black Law Students Association and as co-president of the Stanford Entertainment and Sports Law Association.  Mr. Taylor earned a B.A. in Government and English from Georgetown University in 2010.

Prior to joining Gibson Dunn, Mr. Taylor previously worked as a litigation associate at Crowell & Moring in San Francisco and as a corporate associate at Simpson, Thacher & Bartlett in Palo Alto.

Mr. Taylor is currently admitted to practice law in the State of California.

Article - January 11, 2023 | Self-Reporting to the Authorities and Other Disclosure Obligations: The US Perspective
Top