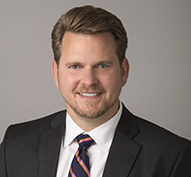 Christopher T. Timura is Of Counsel in the Washington D.C. office of Gibson, Dunn & Crutcher LLP and a member of the firm’s International Trade Practice Group.

Mr. Timura counsels clients on compliance with U.S. and international customs, export controls, and economic sanctions law and represents them before the departments of State (DDTC), Treasury (OFAC and CFIUS), Commerce (BIS), Homeland Security (CBP and ICE), and Justice in voluntary and directed disclosures, civil and criminal enforcement actions and investment reviews.  Working with in-house counsel, boards, and other business personnel, he helps to identify and leverage existing business processes to integrate international trade compliance, and CSR-related data gathering, analysis, investigation, and reporting throughout client business operations.  In M&A and other transactions, he conducts expedited diligence on international trade compliance and CSR issues and supports business and compliance teams as they work to spin off or integrate business operations in new organizations.

On a pro bono basis, Mr. Timura assists clients with immigration issues and works with several international rule of law training NGOs on the investigation and enforcement of anti-human trafficking and forced labor laws, wildlife trafficking laws, and on related legislative reform.

Mr. Timura received his J.D. from the University of Michigan Law School, where he served as an articles editor of the Michigan Journal of International Law and received the William W. Bishop Jr. Award for his performance in the international law curriculum.  In 2001, he served as a law clerk to a member of the United Nations International Law Commission.  Mr. Timura also earned a Ph.D. in cultural anthropology at the University of Michigan.  In his doctoral work, Mr. Timura conducted fieldwork with key stakeholders (donors, NGOs, policy specialists, and researchers) responsible for the development and spread of international conflict management and conflict resolution expertise.  Mr. Timura also completed graduate fieldwork on conservation and development issues in Central America.

Mr. Timura was a National Science Foundation Pre-doctoral Fellow at the University of Michigan from 1997 to 2002 and a Fulbright Scholar to the United Kingdom from 1996-1997, where he earned his MSc. in anthropology and ecology of development from the University College, London.  Mr. Timura completed his B.A. in environmental studies at Denison University, where he graduated in the honors program, was elected to Phi Beta Kappa and was awarded Denison University President’s Medal.

* Engagement occurred when affiliated with another law firm.