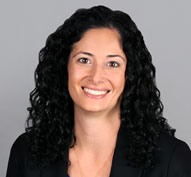 Jennafer Tryck is a senior litigation associate in the Orange County office of Gibson, Dunn & Crutcher where her practice focuses on class actions, Employee Retirement Income Security Act (“ERISA”) litigation, and complex commercial litigation in the trial courts and on appeal.  She is a member of the Firm’s Litigation, Class Actions, and Labor and Employment practice groups.

Ms. Tryck has special expertise in ERISA fiduciary-breach class actions, and she has been recognized as “One to Watch” by The Best Lawyers in America® (2021 & 2022 eds.).

Ms. Tryck also maintains an active pro bono practice, including securing from the United States Court of Appeals for the Ninth Circuit a new jury trial on a grandmother’s excessive force claim under 42 U.S.C. § 1983, and drafting an amicus brief on behalf of Kids In Need of Defense (KIND) in a successful effort to enjoin regulations limiting asylum access for unaccompanied immigrant children.

Prior to joining Gibson Dunn, Ms. Tryck served as a law clerk to Chief Justice Dana Fabe of the Alaska Supreme Court and as an extern to Judge John W. Sedwick of the United States District Court for the District of Alaska.  Ms. Tryck received her law degree from the University of California, Irvine School of Law where she was a member of the school’s inaugural class, twice President of the Student Bar Association, and Lead Article Editor of the UC Irvine Law Review.  Ms. Tryck also holds a Master of Public Administration from the University of Southern California and a Bachelor of Science in Foreign Service from Georgetown University.