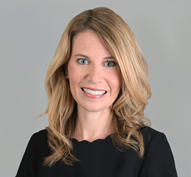 Greta Williams is Co-Partner-in-Charge of the Washington, D.C. office of Gibson, Dunn & Crutcher. She is a member of the firm’s Litigation Department, the Labor & Employment Practice, and the Media, Entertainment & Technology Practice. In 2019, Ms. Williams was selected by National Law Journal as a 2019 DC Rising Star, and Benchmark Litigation recognized Ms. Williams as a “Labor & Employment Star.” In 2018, Law360 selected Ms. Williams as one of five “Rising Star” employment attorneys under 40 to watch nationwide and named Gibson Dunn one of its five Employment Practice Groups of the Year. The publication noted that the group “prides itself on working at the vanguard of workplace law and certainly did so last year, winning major gig economy rulings and conducting #MeToo-related probes for prominent companies.”

She has represented clients at the federal and state appellate and trial court levels, including matters involving employment law, class actions, trade secrets and constitutional law, with a focus on clients in the media and technology industries. Ms. Williams has represented clients in a wide range of employment matters, including those involving non-competition agreements and trade secrets, executive employment disputes, wage-hour and discrimination laws, and whistleblower protection laws. She has experience in trial proceedings, including direct examination of a fact witness in a trade secrets dispute in the Delaware Court of Chancery. She has handled numerous employment-related investigations, including investigations involving sexual harassment and other #MeToo allegations, other workplace misconduct, and the possible misappropriation of trade secrets. Ms. Williams also regularly advises a number of media and technology companies on employment-related issues.

Ms. Williams is a member of the District of Columbia and the California bars, and is admitted to practice before the U.S. Courts of Appeals for the Second, Ninth and Federal Circuits, the U.S. District Courts for the Northern and Central Districts of California, and the U.S. Court of Federal Claims. Ms. Williams also serves on the firm’s Diversity Committee and Associates Committee.