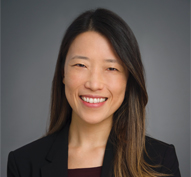 Charline Yim is of counsel in the New York office of Gibson, Dunn & Crutcher.  She is a member of the International Arbitration and Litigation Practice Groups.

Ms. Yim specializes in international arbitration and has extensive experience in investment treaty and international commercial arbitration.  She has advised clients under many arbitration rules including the ICSID, ICSID Additional Facility, UNCITRAL, ICC, LCIA, SCC, SIAC, AIAC, DIA, OCC, TAI, and DIAC Rules, as well as in ad hoc proceedings.  Her clients operate in a wide range of industries, and she has particular experience in disputes relating to the energy, telecommunications, construction, mining, consumer products, financial services, and banking industries.

Ms. Yim also has substantial experience in global investigations, white collar and complex civil litigation matters.  Her experience includes representing clients in investigations by state and national enforcement authorities including the DOJ, the CFTC and the European Commission, as well as securing the acquittal of an individual defendant in a federal jury trial.  She has also advised clients in respect of the enforcement of arbitral awards in multiple jurisdictions.

Ms. Yim has been recognized by Chambers USA as “Up and Coming” in the area of International Arbitration Counsel and by The Best Lawyers in America® as “One to Watch” in the area of Alternative Dispute Resolution.

Ms. Yim earned her law degree in 2011 from Harvard Law School, where she was the Co-Editor-in-Chief of the Harvard International Law Journal, Co-President of the HLS Advocates for Human Rights and recipient of the Class of 2011 Dean’s Award for Community Leadership.  She graduated summa cum laude in 2008 from the University of California, Los Angeles, where she studied Economics, English and Political Science, and was elected to Phi Beta Kappa.  Prior to joining the firm, she was an associate in the dispute resolution group of Freshfields Bruckhaus Deringer US LLP and a fellow to the President of the International Criminal Tribunal for the former Yugoslavia.

Client Alert - March 24, 2022 | Russia’s Suppression of the Media Violates Its International Law Obligations
Client Alert - October 14, 2019 | Argentina and Other States Adopt Currency Restrictions, Raising Potential Investment Treaty Claims
Client Alert - August 22, 2019 | The Singapore Convention on Mediation and the Path Ahead
Client Alert - July 24, 2019 | Digital Services Taxes May Violate Investment Treaty Protections
Top
This website uses cookies to provide analytics on user traffic. By continuing to browse our website, you consent to our use of cookies as set forth in our Cookie Policy. However you may visit Cookie Settings to customize your consent.
Cookie SettingsACCEPT
Privacy & Cookies Policy