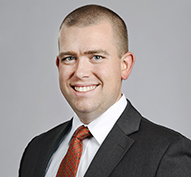 Timothy M. Zimmerman is of counsel in the Denver office of Gibson, Dunn & Crutcher. His practice includes both litigation and investigations, with a focus on Securities Enforcement and Securities Litigation matters, as well as Bankruptcy Litigation.  Some of Mr. Zimmerman’s recent representations include:

Mr. Zimmerman maintains an active pro bono practice, focusing on both federal and state appellate matters in Colorado and elsewhere.  He has twice received the Firm’s Frank Wheat Award for excellence in pro bono service.  Recently he participated in the following pro bono engagements:

A graduate of the University of Chicago Law School and The Ohio State University, before joining Gibson Dunn, Mr. Zimmerman clerked for the Honorable Timothy M. Tymkovich of the United States Court of Appeals for the Tenth Circuit from 2011 to 2012, and for the Honorable Allison H. Eid of the Colorado Supreme Court from 2010 to 2011.  He is registered to practice law in the states of Colorado and Wyoming, as well as in the United States Courts of Appeals for the Seventh Circuit and Tenth Circuit, and several district courts.

From 2019 until 2022, Mr. Zimmerman served as an adjunct professor at the University of Wyoming College of Law, teaching Consumer Protection and Business Planning courses.