During the period spanning July 1, 2018 to December 31, 2018, four of the 34 companies targeted by activists were the subject of multiple campaigns, led by Dell Technologies Inc., which was the subject of four different activist campaigns. Bunge Limited was also the subject of two simultaneous campaigns by D.E. Shaw Group and a company before settling both campaigns at the same time. As to the activists, seven out of the 29 covered in this Client Alert launched multiple campaigns. The market capitalizations of those companies reviewed in this Client Alert ranged from just above the $1 billion minimum to just under $100 billion, as of December 31, 2018 (or as of the last date of trading for those companies that were acquired and delisted). 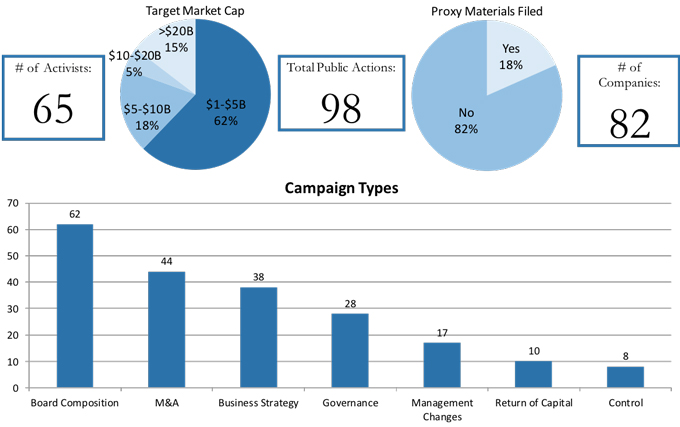 We hope you find Gibson Dunn’s 2018 Year-End Activism Update informative. If you have any questions, please do not hesitate to reach out to a member of your Gibson Dunn team.

© 2019 Gibson, Dunn & Crutcher LLP
Attorney Advertising:  The enclosed materials have been prepared for general informational purposes only and are not intended as legal advice.