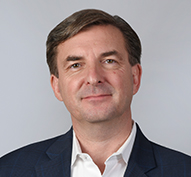 James J. Moloney is a corporate partner resident in the Orange County office of Gibson Dunn and serves as Co-Chair of the firm’s Securities Regulation and Corporate Governance Practice Group.  He is also a member of the firm’s Corporate Transactions Practice Group, focusing primarily on securities offerings, mergers & acquisitions, friendly and hostile tender offers, proxy contests, going-private transactions and other corporate matters.

Mr. Moloney was with the Securities & Exchange Commission in Washington, D.C. for six years before joining Gibson Dunn in June 2000.  He served his last three years at the Commission as Special Counsel in the Office of Mergers & Acquisitions in the Division of Corporation Finance.  In addition to reviewing merger transactions, Mr. Moloney was the principal draftsman of Regulation M-A, a comprehensive set of rules relating to takeovers and shareholder communications, that was adopted by the Commission in October 1999.  Mr. Moloney advises a wide range of listed public companies on reporting and other obligations under the securities laws, the establishment of corporate compliance programs, and continued compliance with corporate governance standards under the securities laws and stock exchange rules.  He advises public company boards and committees of independent directors in connection with mergers, stock exchange proceedings, as well as SEC and other regulatory investigations.  In addition, he works closely with partners in the firm’s Litigation Practice Group on securities litigation matters, including both internal and external reviews and investigations.

Representative clients include advice to:  Depomed, Inc. in responding to Horizon Pharmaceutical’s unsolicited exchange offer and consent solicitation to remove the board and acquire the company; a committee of independent directors at B/E Aerospace in connection with the company’s sale to Rockwell-Collins; St. Jude Medical in its merger with Abbott Laboratories; Kraft Foods in its acquisition of Cadbury Plc.; Ryland Homes in its merger with Standard Pacific (renamed CalAtlantic); Hewlett-Packard in its acquisition of Aruba Networks; TRI Pointe Homes in its “Reverse Morris Trust” transaction involving the acquisition of Weyerhaeuser Co.’s home-building business; Third Point in its successful proxy contest at Sotheby’s; Emulex in staving off Broadcom’s hostile bid; PeopleSoft Inc. in its sale to Oracle; as well as numerous other public companies in high profile proxy contests, hostile tender offers and other change of control transactions.

Mr. Moloney has authored a number of no-action requests to the SEC. He oversees the preparation of firm memoranda on securities law and corporate governance issues.  Mr. Moloney is a frequent contributor to professional journals and other publications, is listed in the International Who’s Who of Corporate Governance Lawyers by Who’s Who Legal, and regularly serves as a speaker at conferences around the country on a wide range of corporate governance and securities law topics.

Mr. Moloney has been a member of the California Bar since 1994. Until recently, he served as the Chair of the Proxy Statements and Business Combinations Subcommittee of the Federal Regulation of Securities Section of the American Bar Association.  He also serves on the advisory board of the Center for Corporate Reporting and Governance at the Mihaylo College of Business and Economics at Cal State Fullerton.