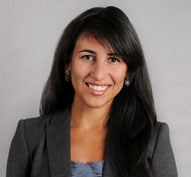 Lauren Blas is a partner in the Los Angeles office of Gibson, Dunn & Crutcher where her practice focuses on class actions, labor and employment litigation, and complex commercial litigation in the trial courts and on appeal.  In 2021, Ms. Blas was recognized as a “Rising Star” by Law360, which recognizes top litigators and dealmakers practicing at a level usually seen from veteran attorneys.  She was also recognized by The Best Lawyers in America® 2021 “Ones to Watch” in Labor and Employment and has been named a “Rising Star” in Class Actions/Mass Torts and Appellate Litigation in Southern California by Super Lawyers Magazine for multiple years.

Ms. Blas represents clients in class actions in state and federal court and has litigated a wide range of appellate matters as well.  She has special expertise in California employment class actions and class actions under California’s consumer protection statutes, including the Unfair Competition Law, the False Advertising Law, and the Consumers Legal Remedies Act.

Ms. Blas also maintains an active pro bono practice, including filing amicus briefs in the U.S. Supreme Court and representing immigration clients in removal proceedings both in the immigration courts and on appeal.  She serves on the Firm’s Hiring, Well-Being, and Professional Development Committees.  She also serves on the Board of Directors for the Barnsdall Art Park Foundation, as one of the co-leaders of the ABA’s Judicial Intern Opportunity Program in Los Angeles, a member of the Board of Governors for USC/Gould’s Institute for Corporate Counsel, and on the Board of the Los Angeles chapter of the Federal Bar Association.

Before joining the firm, Ms. Blas served as a law clerk to the Honorable Sandra S. Ikuta of the U.S. Court of Appeals for the Ninth Circuit.  Ms. Blas graduated from Yale Law School and holds Bachelor of Arts degrees in Economics and History from Yale, where she graduated with honors and distinction in both majors.

Ms. Blas is a member of the California and New York bars, and is admitted to practice before the U.S. Supreme Court, the U.S. Courts of Appeals for the Seventh, Ninth, and Tenth Circuits, as well as all U.S. district courts in California.