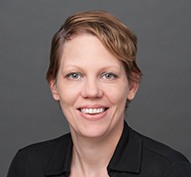 Anne M. Champion is a partner in the New York office of Gibson, Dunn & Crutcher.  She is a member of Gibson Dunn’s Transnational Litigation, Environmental Litigation, Media Law, and Intellectual Property Practice Groups.

Ms. Champion has played a lead role in a wide range of high-stakes litigation matters, including trials.  Her practice focuses on complex international disputes, including RICO, fraud, and tort claims, and includes federal and state court litigation and international arbitration.  She also has significant experience in First Amendment and intellectual property disputes.

Ms. Champion has twice been named “Litigator of the Week” by The American Lawyer.  On July 17, 2020, she received the recognition along with Ted Boutrous and Matthew McGill for defeating an attempt to block the publication of Mary Trump’s now-best seller Too Much and Never Enough: How My Family Created the World’s Most Dangerous Man.  She previously received the award on September 27, 2019 along with Randy Mastro for their successful defeat of a petition to confirm an $18 billion sham Egyptian arbitration award against Chevron Corporation and Chevron USA, Inc.  In addition, The Legal 500 US has recognized Ms. Champion as a “Next Generation Lawyer” in the area of international litigation and Benchmark Litigation named her to its list of the “Top 250 Women in Litigation.”

Ms. Champion earned her Bachelor of Science in physics with distinction from the University of Iowa and received the James A. Van Allen and the Myrtle K. Meier awards for excellence in physics.  She earned her Juris Doctor, summa cum laude, from George Washington University School of Law, where she was the recipient of the Raymond F. Hossfeld Merit Scholarship.  She served as an articles editor for The George Washington Law Review and published her case note, Another Brick in the Wall: United States v. Samuel and the Lower Courts’ Narrow Reading of Apprendi v. New Jersey Before Blakely v. Washington, 72 Geo. Wash. L. Rev. 1004 (2004).  Upon graduation, she was awarded the Willard Waddington-Gatchell prize for academic excellence and the John F. Evans prize for outstanding achievement in the clinical law program, D.C. Law Students in Court, and was elected to the Order of the Coif.

Following law school, Ms. Champion clerked for the Honorable Max Rosenn on the United States Court of Appeals for the Third Circuit.

Ms. Champion is proficient in Spanish and Italian.

University of Iowa - 1995 Bachelor of Science