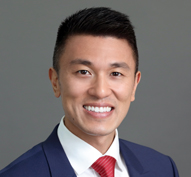 Jaysen S. Chung is an associate in the San Francisco office of Gibson, Dunn & Crutcher and is a member of the firm’s Litigation department.  He focuses on patent and appellate litigation, and has experience in a range of arts and practices, including pharmaceuticals, biotechnology, DNA sequencing applications, artificial intelligence, virtual networking, RF switch circuits, and semiconductor products and processes.  Mr. Chung has experience in all phases of litigation from pre-suit due diligence to trial and appeal, including: taking and defending depositions; conducting direct and cross examination of fact and expert witnesses in bench and jury trials; and drafting dispositive motions, claim construction briefs, and appellate briefs.

Mr. Chung was most recently part of a trial and appellate team that obtained a favorable result for a client in a multi-billion dollar patent litigation involving a therapy for multiple sclerosis.  He has been recognized as a “Patent Star” and a “Rising Star” by Managing IP.

Prior to joining the firm, Mr. Chung served as a law clerk to the Honorable Randall R. Rader, then-chief judge of the U.S. Court of Appeals for the Federal Circuit.

Mr. Chung received his J.D. from the University of Southern California Gould School of Law in 2011. He earned his B.S. in Psychobiology from UCLA in 2007 and was a member of the university’s 2005 NCAA Division I Championship tennis team.

He serves as a member of the firm’s Hiring Committee, and previously served as a coordinator for the San Francisco office’s summer associate program.  Mr. Chung also serves on the Board of Directors for the AIDS Legal Referral Panel.