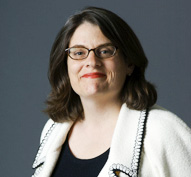 Amy R. Forbes is the Co-Chair of the Land Use Practice Group, having spent her entire legal career at Gibson, Dunn & Crutcher.  She has previously served on the Firm’s Executive Committee and as the Co-Partner in Charge of the Los Angeles office.  Ms. Forbes’ practice is concentrated on land use planning issues, including zoning, planning, the California Environmental Quality Act, and municipal law.  The primary focus of her land use practice is at the administrative level, including the negotiation of agreements with local governments and public agencies, the supervision of the preparation of environmental documentation, the processing of entitlements through public hearings and community meetings and other administrative proceedings, as well as legal issues associated with project development and construction.

During a one-year leave of absence from the firm in 1988-89, she had the honor and opportunity to work on land use planning issues at the Crown Property Bureau, the agency of the Thai government which manages the King of Thailand’s property, under a Luce Foundation Fellowship.

Ms. Forbes graduated with a degree in Civil Engineering from Princeton University in 1980 (earning a certification in the transportation program) and from the University of Southern California School of Law in 1984, where she was a member of the Order of the Coif.  In 2016, The Daily Journal featured her as an honoree in its 2016 ‘California Lawyer Attorney of the Year’ awards for her work leading the Gibson Dunn team that developed a successful strategy to secure approval of an NFL-ready stadium in under eight weeks. In 2017 she was named “Real Estate Attorney of the Year” as part of Los Angeles Business Journal’s Leaders in Law awards.  The Daily Journal has also named her as one of “California’s Top 50 Development Lawyers” as well as one of the “Top Women Lawyers” in 2017 and she was featured in the Los Angeles Business Journal’s “Angelenos to Know in Real Estate Law” in July, 2013. Most recently, Best Lawyers named Ms. Forbes Los Angeles Real Estate Lawyer of the Year for 2022.  Additionally, she was named Land Use & Zoning Law Lawyer of the Year in 2012.  She has been listed in the Legal 500, as  Tier 1 lawyer,  and editions of The Best Lawyers in America® since 2010.  Ms. Forbes has been ranked in Chambers USA since 2006, and is currently a Tier 1 lawyer, the highest rank.  Since 2005, she has been named a Southern California SuperLawyer.

Ms. Forbes currently serves as President of the Center Theatre Group, having served on the Board since 2006 and provided more than 30 years of pro bono real estate advice and other service to the organization (which operates the Mark Taper Forum and Ahmanson theatres downtown and the Kirk Douglas Theatre in Culver City.  From 1990 to 1996, she was on the Board of Directors of the Los Angeles Conservancy, the largest local preservation organization in the country, serving as President of the organization from 1993-1996.  She has also served on the Board of the USC School of Architecture Guild and the Los Angeles Free Clinic.  She is a member of the American College of Real Estate Lawyers.