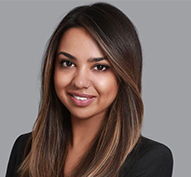 Nooree Moola is an English and Australian-qualified Of Counsel in the Dubai office of Gibson, Dunn & Crutcher. She is a member of the firm’s International Arbitration, Enforcement of Judgments and Arbitral Awards, and Litigation practice groups. She has practiced in the Middle East region for nearly a decade.

Ms. Moola specialises in international arbitration and complex commercial litigation. She has been instructed on multiple landmark commercial disputes before the DIFC Court, creating new law in the process. She is a member of the DIFC Court Rules Drafting Committee. Ms. Moola also sits as an arbitrator, and has recently been appointed as arbitrator in DIFC-LCIA proceedings. She is also appointed to the United Nations Global Arbitration Counsel List.

Ms. Moola regularly represents clients in relation to shareholder disputes, investment disputes, infrastructure and energy disputes, and matters involving fraud, anti-corruption and white collar crime. Ms. Moola acts in arbitrations under all of the major institutional rules. She has broad experience, including domestic and transnational litigation at the interlocutory, trial and appellate levels, before the DIFC Courts, the High Court of England & Wales, the English Court of Appeal, the Federal Court of Australia, the Supreme Court of Victoria, the Supreme Court of Queensland and the High Court of Australia. She has also acted on multiple campaigns for the enforcement of ultra-high-value arbitral awards across jurisdictions, against sovereign and private entities. She has acted for a broad range of clients including international oil companies, multinational corporations, banks, investment firms and sovereign governments.

Ms. Moola was named a “Rising Star” by Legal 500 EMEA 2022 for Dispute Resolution: Arbitration and International Litigation. Clients describe her as “very client-focused, commercial and pragmatic”, “very articulate and cool under pressure”, and “a tenacious and persuasive lawyer” who “quickly cuts through the noise to hone in on what is important”.

In addition to her client work, Ms. Moola is also active in the dispute resolution community in Dubai, and attends all of the major think-tanks and conferences. She is a member of ArbitralWomen, YIAC, Young ICCA, the Green Pledge and the Equal Representation in Arbitration Pledge. Ms. Moola speaks at international conferences, and has lectured and published on a number of topics, including delivering training on international arbitration and state immunity to the staff of the Office of the Solicitor General of an Asian country.

During her studies, Ms. Moola was awarded a Dean’s Academic Excellence Award for having the highest finishing grade in both her Law and Applied Science (Genetic Engineering/Medical Biotechnology) degrees. She also received Dean’s Commendations for Excellent Academic Achievement each year between 2005 and 2008. Ms. Moola was also awarded the LESANZ Academic Achievement Award as top student in the course of her LL.M., completed at the University of Queensland.

Ms. Moola also serves as Director on the Board of Pack for a Purpose, a s 501(3)(c) non-profit organization which encourages travellers to use extra luggage space to deliver supplies (from books to medical tools) to community-based programmes around the world. It supports more than 450 community projects in 66 countries across the world, with a key focus on education, health and child welfare.

The College of Law - Australia - 2009 Diploma in Legal Practice