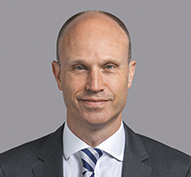 Matthew Nunan is an English qualified barrister and partner based in Gibson, Dunn & Crutcher’s London office and is a member of the Firm’s Dispute Resolution Group.  Mr. Nunan specializes in financial services regulation and enforcement, investigations and white collar defense.

Prior to joining Gibson Dunn as a partner, Mr. Nunan was Head of Conduct Risk for Europe, Middle East and Africa at Morgan Stanley.  In that role he had responsibility for all internal investigations into allegations of business-related misconduct in the EMEA region.  He was also responsible for establishing and overseeing the bank’s conduct risk management framework as well as various other Legal and Compliance projects.  As Head of Conduct Risk Mr. Nunan chaired the bank’s EMEA Conduct Risk Committee and was a member of a number of the bank’s other regional risk management committees, including those overseeing operational risk, fraud risk and franchise risk as well as participating in the committees overseeing culture, remuneration and the implementation of the Senior Managers and Certification Regime (SMCR).

Prior to joining Morgan Stanley, Mr. Nunan was Head of Department for Wholesale Enforcement at the UK Financial Conduct Authority (FCA), overseeing a variety of investigations and regulatory actions including the imposition of fines for LIBOR-related misconduct, convictions for insider dealing and actions against individuals and firms for all forms of market misconduct.  Many of these matters involved working extensively with non-UK regulators and prosecuting authorities, including the U.S. Department of Justice (USDOJ), the Securities & Exchange Commission (SEC), the Commodity Futures Trading Commission (CFTC),  the Securities & Futures Commission of Hong Kong and the Japanese Financial Services Authority.  Whilst at the FCA Mr. Nunan was also one of the UK’s representatives on the Market Integrity Standing Committee of the European Securities and Markets Authority (ESMA).

Mr. Nunan is recognised by The Legal 500 UK 2022 for Regulatory Investigations and Corporate Crime and Financial Services: Non-contentious Regulatory.

During his time at the FCA he was responsible for a number of ground breaking matters including:

Mr. Nunan joined the UK’s Government Legal Service in 1999, originally as a prosecutor for the Department of Trade and Industry, with responsibility for investigating and prosecuting criminal offences and other misconduct relating to personal and corporate insolvency.  In 2001 Mr. Nunan joined the UK Serious Fraud Office as an investigator and then case controller, with a remit to investigate and prosecute serious and complex fraud, particularly matters requiring specialist accountancy expertise or overseas cooperation.