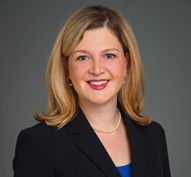 Alexandra Perloff-Giles is an associate in the New York office of Gibson, Dunn & Crutcher.

Ms. Perloff-Giles has experience in a variety of high-stakes commercial disputes, as well as constitutional and appellate litigation. Highlights include obtaining the dismissal of all claims brought against a major French agricultural company, defeating a bid for attorneys’ fees and costs in a Lanham Act dispute involving a major fashion retailer, and representing CNN White House correspondent Jim Acosta and Playboy White House correspondent Brian Karem in successful litigation against President Donald Trump and other officials over the journalists’ White House press passes. Ms. Perloff-Giles also maintains an active pro bono practice, which ranges from direct representation of LGBT asylum seekers to amicus briefing in the Supreme Court.

In 2019-2020, Ms. Perloff-Giles served as the First Amendment Fellow at The New York Times, where she litigated freedom of information, libel, and First Amendment cases on behalf of The Times, counseled reporters and editors on copyright and newsgathering issues, and provided prepublication review. Notable achievements include obtaining data on millions of coronavirus cases through a federal FOIA suit against the CDC; defeating a Glomar response by the CIA in a case seeking the Trump Administration’s rules governing the use of lethal force abroad; and arguing before the Second Circuit in a successful bid to permit the publication of law enforcement personnel records obtained following the repeal of New York Civil Rights Law 50-a.

Ms. Perloff-Giles received her J.D. from Yale Law School, where she was Executive Editor of the Yale Law Journal and Managing Editor of the Yale Journal of Law & Technology. After law school, she clerked for the Honorable Marsha S. Berzon of the U.S. Court of Appeals for the Ninth Circuit.