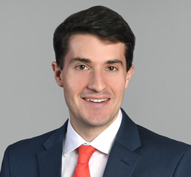 Daniel Rubin is an associate in Gibson, Dunn & Crutcher’s Los Angeles office, where he practices in the firm’s Litigation Department.

Mr. Rubin earned a degree from Stanford Law School in 2017.  While in law school, he was a finalist in the Kirkwood Moot Court competition, served as a notes editor for the Stanford Law Review, and argued various motions in California state court through the Criminal Defense Clinic.  Mr. Rubin graduated Phi Beta Kappa in 2012 from Washington University in St. Louis with a bachelor’s degree in Political Science and History.  After college, he completed a Luce Fellowship in New Delhi, India and served as an AmeriCorps fellow in Boston, Massachusetts.

Prior to joining Gibson Dunn, Mr. Rubin clerked for the Honorable Gregg Costa of the U.S. Court of Appeals for the Fifth Circuit.

Mr. Rubin is admitted to practice law in California as well as the United States District Court for the Central District of California.