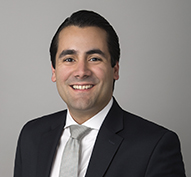 Pedro G. Soto is a senior associate in the Washington, D.C. office of Gibson, Dunn & Crutcher.  He is a member of the White Collar Defense and Investigations group, and his practice focuses primarily on anti-corruption and fraud matters.  He has more than 10 years of experience representing corporations and individuals under investigation by government authorities around the world.  He has particular experience in Latin America, where he has worked on matters in more than 15 different countries.  He also represents foreign governments and private claimants in significant litigation and arbitration matters.

Mr. Soto is recognized in the 2022 and 2023 editions of The Best Lawyers in America as one of the “Best Lawyers: Ones to Watch” in the area of “Criminal Defense: White Collar.”

Some of Mr. Soto’s representative matters include:

Compliance and Due Diligence Matters:

Mr. Soto writes frequently on white collar enforcement and compliance issues.  Among his most recent publications, Mr. Soto is the co-author of: “Cooperating with Authorities: The U.S. Perspective” (published in Global Investigation Review’s The Practitioner’s Guide to Global Investigations), “Channeling the Channel Partner Risk: Addressing Anti-Corruption Risk with Channel Partners in the Technology Sector,” (published in The FCPA Report) and “Anti-Corruption Compliance in Emerging Markets: A Resource Guide” (an e-book for compliance professionals).