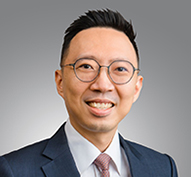 Paul Tan is a partner in the Singapore office of Gibson, Dunn & Crutcher LLP.  Mr. Tan specializes in international arbitration (both commercial and investor state), international litigation and arbitration-related litigation.  He leads the arbitration practice for the firm in Asia.

His practice focuses on managing complex, high-value disputes across Asia, involving issues of public and private international law.  He acts for leading corporations, global insurers, financial institutions, funds and Asian governments across a range of industries and concerns, including telecoms, natural resources, technology and media, oil and gas, construction and real estate, private equity, banking and financial institutions and ESG.  He has been appointed an expert on Singapore law, and sits as an arbitrator in SIAC and ICC cases.

Mr. Tan is ranked and recognized by all major legal publications, including:

In addition, Mr. Tan has previously been named “Top 40 Most Influential Lawyers under 40” (Singapore Business Review), “Top 40 Singaporeans under 40” (Prestige Magazine), “Outstanding Young Person of the Year” in the Law and Government category (Junior Chamber International), and “Top 40 under 40 lawyers” (ALB Asia).  He was also featured in The Straits Times, The Peak Magazine, and Vogue Singapore.

Prior to joining Gibson Dunn, Mr. Tan’s experience includes partnership at a major Singapore firm and a Magic Circle firm in Singapore, a two-year placement with Essex Court Chambers in London (as a Singapore Academy of Law scholar), and a stint as a foreign stagiaire with Lalive in Geneva.  He was also a judicial law clerk for two former Chief Justices and a judge who is the current Chief Justice of Singapore, and has also sat as an Assistant Registrar of the Supreme Court of Singapore.

Mr. Tan teaches international arbitration and speaks internationally on the subject. He was recently invited to lecture for the Vietnamese Judicial Training Academy.  He has also been appointed an expert to the Singapore delegation to the UNCITRAL’s Working Group on Arbitration.