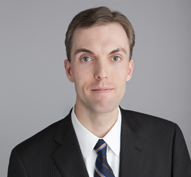 Lucas Townsend is a litigation partner in the Washington, D.C. office, and a member of the firm’s Appellate and Constitutional Law, Administrative Law, Class Action, and Intellectual Property practice groups.

Lucas focuses his practice on appellate, administrative law, and complex litigation matters.  He regularly litigates constitutional and statutory issues in the Supreme Court of the United States and courts of appeals around the country; represents clients in challenging and defending regulatory action by administrative agencies under the Administrative Procedure Act; and defends clients in high-stakes commercial disputes.