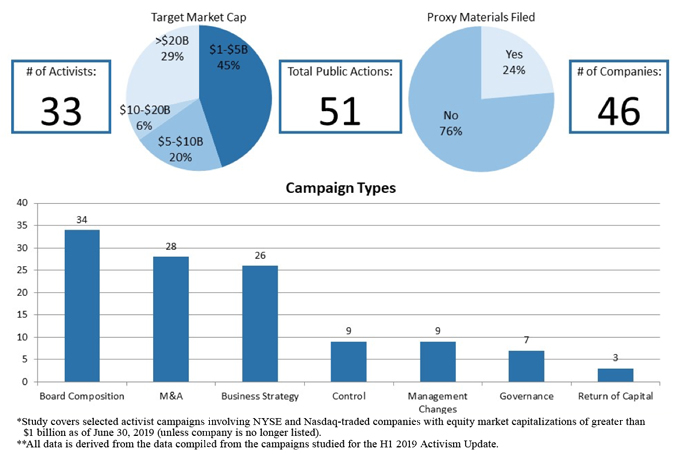 The rationales for activist campaigns during the first half of 2019 remained consistent with that of the second half of 2018. In both cases, the leading campaign types were focused on board composition, mergers and acquisitions and business strategy. These three rationales collectively comprised approximately 75% of campaigns during both time periods, with other rationales (governance, return of capital, management changes and control) representing a small minority. The frequency with which activists engaged in proxy solicitation increased, however, from 15% of campaigns in the second half of 2018 to 24% of campaigns in the first half of 2019. (Note that the data provided in this Client Alert includes more campaign rationales than the number of campaigns, as certain activist campaigns had multiple rationales.)

We hope you find this Client Alert informative. If you have any questions, please do not hesitate to reach out to a member of your Gibson Dunn team.