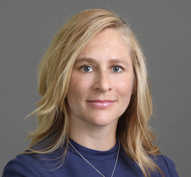 Rachel S. Brass is a partner in the San Francisco office of Gibson, Dunn & Crutcher and co-chair of the Firm’s Antitrust and Competition Practice Group.  She is a member of the firm’s Litigation Department where her practice focuses on investigations and litigation in the antitrust, labor, and employment areas.  Ms. Brass has extensive experience representing international and domestic clients in high-stakes appellate litigation in the Supreme Court, as well as Federal and state appellate courts throughout the United States.

In addition to her international competition practice, Ms. Brass has successfully represented companies in single plaintiff and class action Title VII, ADA, FEHA and Unruh Act discrimination claims, as well as wage and hour class actions.  Representative matters include persuading the United States Supreme Court to reverse the certification of the largest class action brought under Title VII; litigating the scope of the Pregnancy Discrimination Act and Sarbanes-Oxley whistleblower protections; persuading the U.S. Court of Appeals for the Third Circuit to vacate the certification of the largest class action brought under the Americans with Disabilities Act on interlocutory review; obtaining clarification of the standards for the business necessity defense and vacatur of a district court’s adverse post-trial rulings under the Americans with Disabilities Act from the en banc Ninth Circuit; and obtaining and sustaining a favorable district court ruling rejecting plaintiffs’ counsel’s claim for attorney’s fees in a California Fair Employment & Housing Act case.

Ms. Brass has repeatedly been recognized for her antitrust work by numerous professional  publications.  In 2022, she was named a Competition MVP by Law360, which highlighted her successful defense at the class certification stage of major fast-food franchises against so-called “no poach” litigation and victory for Apple in the Epic Games litigation.  Global Competition Review named Ms. Brass to its list of “Top 100 Women in Antitrust” in 2021, the Daily Journal included her on its 2021 “Top Antitrust Lawyers” list and Women Competition Professionals in Americas selected Ms. Brass among its 2019 “40 in their 40” list.  In its annual Top Verdicts of California 2018 feature, the Daily Journal recognized Ms. Brass for her complete defense jury verdict, a first of its kind class action trial of direct and indirect purchaser antitrust claims.  In 2018, she was selected by The American Lawyer as a “Litigator of the Week” in connection with that same win.  Ms. Brass has been recognized by Best Lawyers in America® in Litigation-Antitrust since 2013, identified in the Antitrust category by Super Lawyers, and ranked in the California Antitrust category by Chambers USA.  Concurrences Review recognized Ms. Brass at its 2017 Antitrust Writing Awards for her article “Practical Advice for Avoiding Hub-and-Spoke Liability,” which was selected as the winner in the Business category, Concerted Practices section.  The article originally appeared in the October 2016 issue of The Antitrust Source.

Ms. Brass speaks regularly on antitrust and complex class action issues, including programs for the United States Department of Justice, The Organisation for Economic Cooperation and Development, the American Bar Association, the State Bar of California, the State Bar of Arizona, the Association of Business Trial Lawyers, and the Bar Association of San Francisco.  She is the immediate past-President of the Northern California Chapter of the Association of Business Trial Lawyers and serves on the Board of Directors of Kids in Need of Defense (KIND), an organization that protects unaccompanied children who enter the US immigration system alone to ensure that no child appears in court without an attorney.  She is on the Advisory Board of the University of Minnesota Law School.  She served as Editor-in-Chief of the Antitrust Report from 2008 to 2016.

Ms. Brass is admitted to practice in the State of California.  She is a member of the firm’s Hiring, Professional Development, and Bay Area Diversity Committees, and maintains an active pro bono practice representing clients in cases involving civil rights, immigration, and other matters.