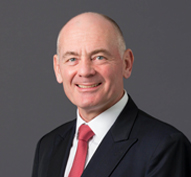 Brian Gilchrist, a partner in the Hong Kong office of Gibson, Dunn & Crutcher LLP, practices dispute resolution, with a focus on commercial litigation involving matters concerning banking, insurance, tax, employment, contentious probate, directors’ duties and minority shareholders’ rights. He is also an experienced advisor on regulatory matters and has handled both domestic and multijurisdictional arbitrations. Who’s Who Legal lists Mr. Gilchrist as one of the world’s leading mediation experts.

Mr. Gilchrist has acted as a key legal advisor to many of the largest Hong Kong and international companies and institutions. He has acted for as well as against Regulators, and is recognized in the market as someone who is usually involved in any ‘bet the company’ dispute in Hong Kong.

Mr. Gilchrist has sat as a Deputy Judge of the High Court of Hong Kong SAR, as well as tribunal chairman for a statutory body dealing with appeals.  He was elected and served as a Vice President of the Law Society of Hong Kong for 3 terms from 2018 to 2021, having joined the Council since early 2009.

Mr. Gilchrist has acted as the Honorary Legal Advisor to the British Consul General in Hong Kong for over 18 years and was recognised for his contribution in such role with the award of an OBE in 2020.

He is top-ranked by Chambers Asia Pacific.  In the 2020 edition, an interviewee noted, “he is one of the towering figures in Hong Kong litigation.”  In the 2021 edition, a happy client was quoted saying, “Mr. Gilchrist’s willingness to make himself available to attend to urgent requests is much appreciated…his in-depth understanding of us as a client, as well as his tact in handling complicated situations, has always enabled him to give counsel beyond the mere mechanics of the law.”  Mr. Gilchrist is also ranked Band 1 in the Chambers High Net Worth Guide for 2021.  Described as a “legendary figure” with vast experience, a client was quoted saying “Brian Gilchrist is a big player in the private client high net worth individuals space.”  Another client said “Brian Gilchrist has unparalleled gravitas and experience in the area…he is particularly knowledgeable in terms of trust-related matters.”  Mr. Gilchrist is recognized in the Legal 500’s Hall of Fame having been listed as a Leading Individual for many consecutive years.  He is also recognized by Who’s Who Legal Litigation and by Benchmark Litigation Asia Pacific.

Mr. Gilchrist has acted as the General Editor for Chitty on Contracts Hong Kong Specific Volume from the initial edition, as well as contributing to the Hong Kong White Book since it was first published.  He has sat the Solicitors Higher Rights of Audience Assessment Board, and is presently a member of the Court of Final Appeal Rules Committee, the High Court Rules Committee, the Civil Court Users’ Committee and the Standing Committee on Legal Education and Training, as well as a member of a number of other statutory bodies and committees.

Mr. Gilchrist graduated from Cambridge University, Magdalene College with a Bachelor of Arts in 1987 and a Master of Laws in 1988. He is a Cambridge Rugby Blue. Mr. Gilchrist is admitted as a solicitor in England and Wales from 1991 and Hong Kong from 1995.