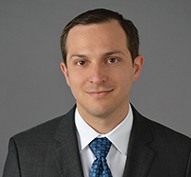 In his pro bono practice, Mr. Kahn represented a death row inmate in the successful reversal of his conviction and death sentence after proving that juror misconduct corrupted client’s trial.  He also successfully vacated on constitutional grounds the felony conviction of a non-citizen, legal resident who otherwise faced the threat of deportation.  Additionally, Mr. Kahn played a lead role in working with a civil rights organization to draft a report on police reform.

Mr. Kahn also is active in the community, and serves on the board of the JCC of the East Bay.

Mr. Kahn received his Juris Doctor from New York University School of Law in 2012, where he was a Robert McKay scholar.  He received his undergraduate degree from the University of California, Berkeley in 2009, where he graduated with High Honors in History and High Distinction in General Scholarship, and was elected to Phi Beta Kappa.

Mr. Kahn is admitted to practice in California and New York.