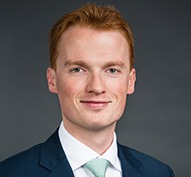 Andrei Malikov is a litigation associate in the New York office of Gibson, Dunn & Crutcher.

Mr. Malikov has been recognized by The Best Lawyers in America ® as “One to Watch” in the area of Commercial Litigation (2023).

Mr. Malikov is admitted to practice in the State of New York.