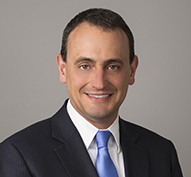 Adam M. Smith is a partner in the Washington, D.C. office of Gibson, Dunn & Crutcher. He is an experienced international lawyer with a focus on international trade compliance and white collar investigations, including with respect to federal and state economic sanctions enforcement, CFIUS, the Foreign Corrupt Practices Act, embargoes, and export controls.  In 2019 and 2020, Mr. Smith was ranked nationally by Chambers USA as a leading attorney in International Trade: Export Controls & Economic Sanctions. Mr. Smith was also identified by Global Investigations Review as one of the leading sanctions practitioners in Washington, DC.

From 2010-2015 Mr. Smith served in the Obama Administration as the Senior Advisor to the Director of the U.S. Treasury Department’s Office of Foreign Assets Control (OFAC) and as the Director for Multilateral Affairs on the National Security Council. At OFAC he played a primary role in all aspects of the agency’s work, including briefing Congressional and private sector leadership on sanctions matters, shaping new Executive Orders, regulations, and policy guidance for both strengthening sanctions (Russia and Syria) and easing measures (Burma and Cuba), and advising on enforcement actions following sanctions violations.

During Mr. Smith’s tenure on the White House’s National Security Council he advised the President on his multilateral agenda including with respect to international sanctions, coordinated inter-agency efforts to relieve U.S. economic restrictions on Burma, and developed strategies to counter corruption and illicit flows and to promote stolen asset recovery.

Mr. Smith’s expertise is sought out by governments, academia, and other law firms; he has served as an expert witness in several international arbitration matters, and his analysis can be frequently seen in print and broadcast media (including in The Economist, the Wall Street Journal, the N.Y. Times, and the Washington Post, and on BBC and NPR).  He is the author of three legal texts and dozens of articles and book chapters, has testified before the U.S. Congress, and is a frequent presenter at industry, governmental, and academic conferences globally.  Earlier in his career, Adam was a political economist at the United Nations and also held posts at the World Bank and the OECD.

Mr. Smith has been a frequent presenter to industry and academic audiences on international economic and national security matters, and is the author of numerous articles, book chapters, and three books.

*Representation occurred prior to Mr. Smith’s association with Gibson Dunn.

University of Oxford - 1998 Master of Philosophy