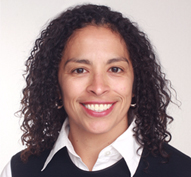 Lisa A. Alfaro is the partner in charge of Gibson, Dunn & Crutcher’s São Paulo office and is Co-Chair of the Latin America Practice Group.  She is also a member of the White Collar Defense and Investigations Group and the Power and Renewables Group.  Prior to moving to São Paulo in 2009 to open and manage the São Paulo office, Ms. Alfaro was based in the New York office.

Ms. Alfaro leverages her corporate experience in the planning and implementation of internal corporate investigations, advising on the structuring, implementation and assessment of compliance management systems and representing companies before U.S. authorities.  She guides compliance officers, senior executives, legal officers and board members in analyzing and managing risk in their business operations and provides day to day counsel on strategic matters.  Ms. Alfaro advises boards of directors and executive officers on crisis management, counseling them on critical challenges to the company, balancing various stakeholders’ interests and expectations.

Ms. Alfaro regularly speaks on corporate, compliance and anti-corruption topics.  She has appeared in webcasts speaking on the topic of Anti-Corruption Enforcement and Compliance.

Ms. Alfaro joined the Firm in 1995 after earning her Juris Doctor from Stanford Law School, where she was a member of the Law and Policy Review.  She received her Bachelor of Arts degree in government with high honors from the University of Texas in 1991.

Ms. Alfaro is a member of the California and New York bars and speaks Spanish and Portuguese.

University of Texas - 1991 Bachelor of Arts