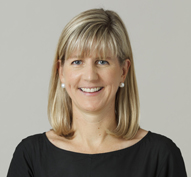 From 2001 to 2010, Ms. Austin served as the Compliance and Litigation Counsel for General Electric in Asia.  In that role, she coordinated litigation, alternative dispute resolution proceedings, government and internal investigations, and compliance matters for the GE businesses throughout the region.

Before moving to Hong Kong in 2001, Ms. Austin practiced in Washington, D.C., representing individuals and entities in a wide variety of criminal and civil matters in federal and state courts around the United States.  Her practice focused on government investigations, including a host of Congressional and Independent Counsel investigations.  She also served as general counsel to non-profit organizations, providing guidance on a variety of legal, regulatory, and strategic matters, and regularly counseled individuals on government ethics and regulatory issues.

From 1993 to 1994, Ms. Austin served as a law clerk for The Honorable Boyce F. Martin, Jr., Chief Judge, United States Court of Appeals for the Sixth Circuit.  In 2000, she served as Special Counsel to the Executive Office of the President, representing the White House in federal litigation.

Ms. Austin graduated with distinction with a Bachelor of Arts degree from the University of Virginia and received her law degree from Georgetown University.  She is a member of the bars of Virginia and the District of Columbia, and is admitted to practice in a variety of district and appellate courts in the United States.  She is also admitted to practice as a solicitor in Hong Kong and is a Registered Foreign Lawyers in England and Wales.

Ms. Austin is ranked as a leading lawyer (top-tier) in the category “Corporate Investigations/Anti-Corruption: China” year after year by Chambers Asia Pacific and Chambers Global and is listed as a leading individual for “Regulatory: Anti-Corruption and Compliance: Hong Kong” year after year by Asia Pacific Legal 500.  She was listed for white-collar crime in China and Hong Kong by Benchmark Asia-Pacific’s Top 100 Women in Litigation 2021; was named a Global Elite Thought Leader and a leading individual for Asia-Pacific by Who’s Who Legal: Investigations 2021; was named by Expert Guides to its 2020 Guide to World’s Leading Women in Business Law; was ranked as a leading lawyer by Who’s Who Legal: Business Crime Defence 2019; was ranked as a “Disputes Star” in the category “White Collar Crime: Hong Kong” by Benchmark Asia-Pacific 2019; was named one of the “World’s Leading White Collar Crime Lawyers” by Euromoney’s Expert Guide 2018; and was awarded “The Mentor Award of the Year for Advancement of Women in Compliance” by C5 at its annual Women in Compliance Awards 2018.

“The rise of China and implications for companies and investors in Asia Pacific,” RiskMap 2018, Control Risks Group, Hong Kong, January 26, 2018.

“Legal Liabilities and Corporate Governance,” Financial Times’ Workshop “So You Want To Be a Non-Executive Director?,” Hong Kong, May 26, 2016.

University of Virginia - 1988 Bachelor of Arts