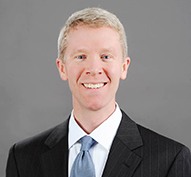 Ryan Bergsieker is a partner in Gibson, Dunn & Crutcher’s Denver office.  He is a former federal cybercrimes prosecutor who has tried more than 45 civil and criminal cases to verdict.  Mr. Bergsieker’s practice is focused in three areas: government investigations, complex civil litigation, and cybersecurity/data privacy counseling.  In ranking Mr. Bergsieker as one of the top white collar defense and government investigations lawyers in Colorado, Chambers & Partners highlights client reports that Mr. Bergsieker “demonstrates good judgment and produces an excellent work product,” is “prompt, responsive and dependable,” “draws on strong expertise in government investigations and cybersecurity,” and is “very strong on tech and hacking.” Based on client feedback, BTI has named Mr. Bergsieker to its nationwide Client Service All-Stars List, recognizing “attorneys who stand above all the others in delivering the absolute best in client service.”  He also has been recognized by Best Lawyers, highlighted as a Colorado “Rising Star,” and named a “Complete Lawyer” who “excel[s] in the courtroom, in the boardroom, in client meetings and out in the community.”  He has particular experience with Department of Justice, Federal Trade Commission (“FTC”), Department of Health and Human Services(“HHS”), and State Attorney General investigations, and substantive expertise regarding the False Claims Act (“FCA”), the European Union’s General Data Protection Regulation (“GDPR”), the California Consumer Privacy Act (“CCPA”), HIPAA, and a wide range of other federal, state, and international privacy/cybersecurity laws, regulations, and standards.

Before joining Gibson Dunn, Mr. Bergsieker served as an Assistant United States Attorney in the District of Colorado.  He coordinated the District’s computer hacking prosecutions, served as its subject matter expert on electronic surveillance law, and investigated and prosecuted a wide range of crimes, including computer intrusions, denial of service attacks, theft of proprietary business information, identity theft, pharmaceutical misbranding, wire fraud, mail fraud, and murder.  In addition to trying cases before nearly every judge in the District, he led dozens of criminal investigations and argued multiple appeals before the United States Court of Appeals for the Tenth Circuit.  As a result of Mr. Bergsieker’s work, the United States Attorney awarded him the District’s Distinguished Service Award and the U.S. Attorney’s Award of Excellence.

Drawing on his experience, Mr. Bergsieker has written and lectured extensively on privacy, cybersecurity, and other government investigation-related topics.  He serves on the Board of Directors of the Faculty of Federal Advocates, and has been appointed to the Magistrate Judge Merit Selection Panel for the District of Colorado.