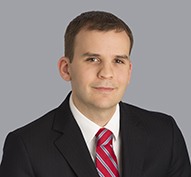 Mr. Chesley served as the Interim Chief Ethics & Compliance Officer of a publicly-traded, multi-national corporation, responsible for managing a global team of compliance personnel.  In this role, Mr. Chesley conducted and oversaw internal investigations, managed a whistleblower hotline, provided compliance advice, created and updated compliance policies, and administered compliance training for tens of thousands of employees worldwide.  This opportunity provided Mr. Chesley with first-hand insights into the day-to-day challenges experienced by in-house counsel, which he uses to bring practical solutions to the table for all of his clients.

Mr. Chesley has been recognized repeatedly as one of the leading lawyers of his generation.  Specifically, he was named one of the “world’s leading young investigations specialists” by Global Investigations Review “40 Under 40,” as well as a “Rising Star” in the Government Contracts and White Collar fields by Law 360 and National Law Journal, respectively.  Most recently, Mr. Chesley was recognized by Washington, D.C. Super Lawyers as a “Top Rated White Collar Attorney.”  He also has been recognized by Benchmark Litigation as a “Future Litigation Star” in Washington, D.C. (2020) and by Who’s Who Legal Investigations guide as a “Future Leader” in Investigations (2022).

A representative sampling of Mr. Chesley’s reported client engagements include:

A representative sampling of confidential client engagements include:

Mr. Chesley publishes and speaks regularly on legal developments, particularly involving the FCPA.  In addition, he is frequently quoted in print publications such as Bloomberg BNA, Compliance Week, Corporate Counsel, Global Investigations Review, Law 360, The FCPA Report, and SEC Today and has appeared as a legal commentator on the Fox News Channel.

Examples of recent speaking engagements include:

In July 2016, a Gibson Dunn team led by Mr. Chesley was presented with the “Defender of Innocence” award by The Mid-Atlantic Innocence Project in recognition of their efforts to vindicate and free from prison David R. Faulkner.

Mr. Chesley graduated with honors from the Georgetown University Law Center in 2005, where he attended classes while working for the National Criminal Enforcement Section of the U.S. Department of Justice, Antitrust Division. He received his undergraduate degree with honors from the University of Maryland in 2001 and also is a former police officer.

Mr. Chesley is a member of the bars of the State of Maryland and the District of Columbia and has held a Secret security clearance.

University of Maryland - 2001 Bachelor of Arts