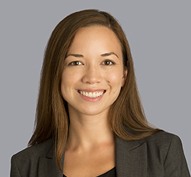 Melissa Farrar is an associate in the Washington, D.C. office of Gibson, Dunn & Crutcher, with significant experience in white collar defense and investigations, corporate compliance, and government contracts compliance and litigation.

Ms. Farrar regularly advises multinational corporations on compliance with the U.S. Foreign Corrupt Practices Act and other anti-corruption laws.  She also regularly contributes to international investigations and compliance program evaluations and risk assessments, including representing corporations in FCPA investigations conducted by the Department of Justice and Securities and Exchange Commission.  Ms. Farrar has conducted fieldwork in Asia, Europe, Latin America, and the United States.  She has also played an integral role in managing two Independent Examinerships for Swiss financial institutions.

Ms. Farrar is admitted to practice law in the Commonwealth of Virginia and the District of Columbia.