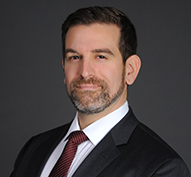 Matthew S. Kahn is a partner in the San Francisco office of Gibson, Dunn & Crutcher LLP. He practices in the firm’s Litigation Department, and is a member of the Law Firm Defense Group Steering Committee, the Securities Litigation Group, and the Class Actions Group.

Mr. Kahn’s practice focuses on securities and derivative litigation, class action defense and law firm defense.  Recognized by Law360 as a “Legal Lion,” he has experience at all phases of trial court litigation and arbitration, including several victories at trial.  Mr. Kahn has successfully represented companies, boards of directors, law firms, and individuals throughout the country in high-stakes matters in federal and state courts, involving claims, among others, under the Securities Act of 1933 and Securities Exchange Act of 1934; breach of fiduciary duties and insider trading under Delaware, California, and New York law; legal malpractice, breach of fiduciary duty, and aiding and abetting tortious conduct; and California’s Unfair Competition Law and Consumers Legal Remedies Act.  Mr. Kahn also has significant experience in the prosecution and defense of commercial and real estate contracts and business tort actions and regularly advises clients regarding complex information law matters in both federal and state jurisdictions.

Mr. Kahn regularly handles bet-the-company litigation and precedent-setting matters.  His depositions of former Secretary of State, Labor and Treasury George Shultz and whistleblower Tyler Shultz in litigation against Theranos Inc. and its founder Elizabeth Holmes are featured in the HBO documentary The Inventor: Out for Blood in Silicon Valley and ABC News’s The Dropout, an investigative podcast following the story of Elizabeth Holmes and Theranos.  He was selected as a Northern California “Rising Star” by Super Lawyers Magazine each year between 2012 and 2016 and a “Lawyer on the Fast Track” by The Recorder in 2013.

Mr. Kahn clerked for the Honorable Mary L. Cooper, United States District Judge for the District of New Jersey, from 2003 to 2004.  Mr. Kahn received his law degree, with distinction, from Stanford Law School in 2003.  He received his B.A. in political science with honors, from Swarthmore College in 1999, where he was elected to Phi Beta Kappa and was captain of the varsity wrestling team.

Mr. Kahn is an active provider of pro bono legal services, and he serves on Gibson Dunn’s Pro Bono Committee.  He serves on the board of directors of Legal Aid at Work, a non-profit legal services organization that has been assisting low-income, working families for more than 100 years.  He also serves on the Leadership Council of Tipping Point Community, which finds, funds and partners with the most promising direct-service non-profits working to educate, employ, house and support those in need in the San Francisco Bay Area.